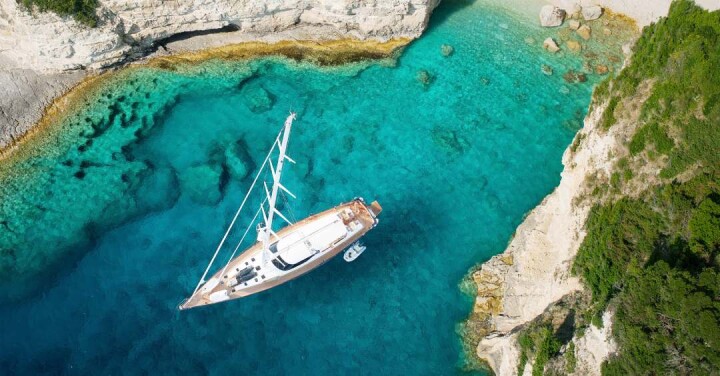 Gearing up for your summer holiday? Or maybe you're looking for inspiration for your next sailing trip? Get in the mood with one of our favorite sailing flicks—from adventure to comedy to romance, these boat movies will have you hankering for a few weeks at sea.

Here are our top ten picks for movies about sailing:

Have adventure on the mind? Kick off a movie marathon with this documentary on the epic 1968 journey of Yvon Chouinard and Doug Tompkins.

Chouinard, founder of Patagonia, and his best friend Tompkins took off on a whirlwind sailing journey to, yes, Patagonia in 1968. Along the way, they do some serious surfing but also discover the beauty of experiencing pure, raw nature. In this documentary, one of Chouinard's fans, Jeff Johnson, retraces the duo's steps to discover the thrill of sailing in nature for himself.

For those looking for some sporty action, the 1992 flick is one of the most exciting of yacht movies.

After losing the America's Cup (i.e., the biggest sailing race in the world), Matthew Modine makes it his ambition to win back the coveted title. Also following Modine's romance with Kate Bass, an aeronautical engineering graduate student, this boat movie is equal parts sporty and romantic—a one-two punch for a good movie night.

1992 was the year of the movies about boating!

Also this year, Kurt Russell and Martin Short starred in Captain Ron, a comedy adventure about a man from Chicago who inherits an old yacht. The flick follows Short’s character, Martin Harvey, as he takes his wife and children to the Caribbean for a sailing adventure—which quickly turns into more than Harvey bargained for with Captain Ron (Russell) at the helm.

Can’t get enough racing action? Neither can we.

For a different twist on a movie about ships, try Morning Light. This documentary follows fifteen young sailors as they embark on six months of intensive training. Their goal? Race a high-performance 52-foot sloop in the Transpacific Yacht Race. From Hawaii to the high seas to the daring competition against the world's top professionals, this is one of the boat movies you don't want to miss.

When it comes to movies about boating, real life is truly often more exciting than fiction.

This 1974 film recounts the true story of 16-year-old Robin Lee Graham who embarks on a solo trip around the world in The Dove, his 23-foot sloop. Along the way, he meets a young woman who is on her own journey around the globe. With a dramatic biography that needs no embellishment, this film follows the adventures of Graham in life and love as he sails around the world from adolescence to adulthood.

You can't talk about boat movies without mentioning perhaps the most classic of them all: Moby Dick.

In this legendary tale, the eminent Gregory Peck stars as Captain Ahab, an old fishing captain obsessed with hunting down and killing the white whale who robbed him of his leg years ago. If you want to take a break from the comedies and romantic yacht movies, Moby Dick is one of the renowned classics that will surely make you feel the thrill of the sea.

Daydreaming about a holiday to the Caribbean?

Us, too. That's why we have yachts available for charter across the islands—from Antigua to St. Lucia to Martinique. Before setting sail, get a taste of the Wild Caribbean with this four-part documentary series on the Caribbean islands and sea. Talk about some major travel inspiration!

For those who can't get enough of sailing documentaries, this is one of the movies about sailing you must add to your list.

Maidentrip follows Laura Dekker as she sets out to become the youngest person ever to sail around the world alone—at the age of 14. The documentary takes us back before the start of her two-year voyage, from her early childhood sailing in New Zealand to life preparing for her epic feat.

If you're planning a sailing holiday for the family, there's no better way to get the kids excited for the upcoming travel than with this boat movie.

This cult classic follows Angelino Jack Robinson as he sails with his family from Hong Kong to Sydnery. From pirates to hidden treasure and more, this is one of the best sailing movies for families. While a private yacht charter won't get you tangled up with wild pirate chases and searches for buried treasure, this family film will certainly bring out the adventurer in you before your own sailing trip.

Nautical movies not enough for you? If you're looking for a great binge watching session to satisfy your craving for sailing, try The Love Boat.

This classic TV show follows the comedies, romances, and adventures of the passengers and crew of the cruise ship, Pacific Princess. Starring Fred Grandy, Bernie Kopell, Ted Lange, Lauren Tewes, and Gavin MacLeod, this retro sitcom was based off of Jeraldine Saunder's novel, which was inspired by her years working as a cruise ship hostess.

Have these boat movies left you with a serious craving for the sea?

If you want to live your life like you're the hero in your own movie, charter a yacht this year. Our yacht charter experts can make your favorite movie a real-life memory.

We'll get back to you with a non-obligatory tailored quote within 4 hours
Get £50 off your first booking! Subscribe to our newsletter.
Get the latest special offers, sailing guides, tips and industry news. We are committed to treating your data with respect as per our Privacy Policy. You can unsubscribe at any time.

Get a free & non-binding quote

Let our experienced team know how we can help you organise your dream sailing holiday. 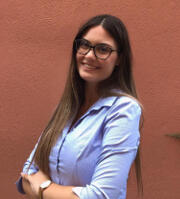